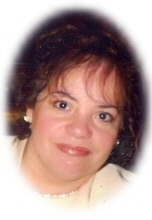 Meriden- Damaris Molina-Torres, 47, of Farm Hill Rd. South Meriden, passed away on March 3, 2008. She was the wife of Fred Torres; mother of Tessa Marie Torres and Matthew Isiah Torres; sister of Carmen (her husband Edwin Rios)Molina-Rios and Hector (his wife Zaida) Molina; aunt of Hector Joel Molina, Lauren Gabrielle Molina, Mya Alexandra Rios and Gabriella Monique Rios and cousin of Richard Creel and Jazmin Molina. Damaris was born in Meriden on Jan. 24, 1961 a daughter of Hector and Consuelo Molina of Meriden. Loved by many aunts and uncles and cousins she was a resident of Meriden all her life. From 1987-2005 Damaris was a Counselor and Community Coordinator at New Britain General Hospital Family Planning Clinic, after which she was a Bilingual/Bicultural Prevention Advocate at the Women and Families Center in Meriden. Damaris' funeral will be held Friday at 10 AM in the BEECHER & BENNETT FLATOW Funeral Home, 48 Cook Ave., Meriden, followed by a Mass of Christian Burial at 11 AM in St. Rose Church. Friends may call at the funeral home Thursday from 6 to 8 PM. Burial will take place in Sacred Heart Cemetery. Contributions in her memory may be made to- Tessa & Matthew Torres Educational Fund c/o Bank of America, 1231 East Main St., Meriden, CT 06450.