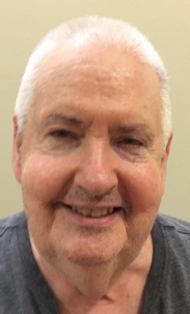 Daniel Jeremy Gans passed away peacefully on December 13, 2021, at Masonicare Health Center in Wallingford, Connecticut. He was 82.
Danny was born June 28, 1939 in New York City to Molly and David Gans. He lived there with them and his older brother, Paul, before the family moved, first to the suburbs of Philadelphia, Pennsylvania, and later (now joined by their beloved dog, Darby) to the Cleveland, Ohio area. He attended Case Institute of Technology (now part of Case Western Reserve University) in Cleveland, where he earned his B.S. in physics with honors in 1960. He went on to graduate study in mathematics at the University of Illinois at Urbana-Champaign, where he received his M.S. in 1962, completing all doctoral requirements save his dissertation. As a Graduate Teaching Assistant at the University of Illinois, he taught undergraduate courses in math. He went on to teach as an Instructor in the Department of Statistics at Purdue University, and later as an Instructor in the Department of Mathematics at Wabash College, both in Indiana.
In 1971 he and his family moved to Groton, Connecticut, where he worked as a statistician in the Department of Clinical Research for Pfizer, Inc. until 1987. He then took a job with Bristol-Myers Squibb in New Jersey, working first in their Products Division and later for their Pharmaceutical Research Institute. He retired in 2003. Over the course of his career, he published in a variety of professional journals in areas including statistics, physics, chemistry, biology, and medicine. Upon his retirement, he and his wife returned to Connecticut, where they had been living since. His interests and passions ranged from cosmology to classical music. He was fond of baseball statistics, the writings of Ernest Hemingway, high-quality pens, old movies, clever wordplay, and dogs. He deeply enjoyed both great food and good conversation.
He is survived by his wife of 60 years, Rena, as well as son Ken, daughter Laura, son-in-law Moe, and granddaughters Molly and Allison. He is also survived by sister-in-law Gail Gans and brother-in-law Eldon Grossman, nieces Susan Gans and Abbey Mather and their families, and many scattered but treasured cousins and friends. He was recently predeceased by his brother Paul. Danny will be remembered fondly and greatly missed.
Donations in his memory may be made to Opportunity House, 320 Old Hill Road, Hamden, CT 06514. Arrangements in care of Beecher & Bennett Funeral Home, 2300 Whitney Avenue, Hamden.