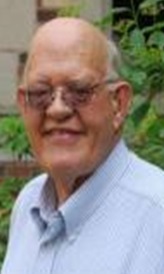 Daniel Lawrence Wade passed away at his home in New Haven, CT, on May 28, 2020. Dan was currently the Curator of the Foreign and International Law Collection at the Lillian Goldman Law Library of the Yale Law School. He formerly held the title of Associate Law Librarian. A long-time activist for peace and justice, Dan worked tirelessly for the advancement of racial justice and equality, climate justice, and immigrant rights, among other things. He helped found the Foreign Comparative and International Law special interest section of the American Association of Law Libraries, and was the first recipient of an award named after him. Over the years, Dan helped teach law courses in Legal Research and African Law. He was dedicated to helping younger members of the law library community across the U.S., and authored several articles, as well as co-authored a reference work on International legal materials.

Dan was a member of the United Church of Christ, and the Unitarian Society of Greater New Haven, where he was involved in many social justice groups. Over the years, he was also involved in Interfaith Cooperative Ministries, Christian Community Action, and Congregations Organized for a New Connecticut among others.

He leaves behind his wife of 54 years, Carol, two daughters, Alyson and Malory, a son-in-law, Darren, a grandson, Luke, and a new grandson, Emerson. He also leaves a brother Tom, nephew Brady, and sister-in-law, Darcey. Dan was devoted to his sisters-in-law, brother-in-law, and many nieces and nephews on Carol’s side of the family as well.  A great lover of travel, and in earlier years, backpacking and camping, the couple made many trips in the U.S., visiting every state, and traveling abroad. The family would like to thank everyone for their kind and loving words, and acts of comfort in these difficult days.

A virtual memorial service will take place in the future.  Contributions in Dan’s memory may be made to the Equal Justice Initiative, www.eji.org , or to Earthjustice at www.earthjustice.org. Arrangements in care of Beecher & Bennett Funeral Home, 2300 Whitney Ave., Hamden.