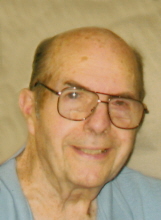 Dario 'Doc' Frank Bernabucci, 88, a long time resident of Hamden passed away from this life peacefully on Thursday, September 19, 2013. Mr. Bernabucci was born in New Haven on August 17, 1925. He was the son of the late Genoveffa (Bertulli) and Peter Bernabucci of Fano, Italy. His career in the tire business spanned his lifetime. He worked with his father at their business, National Tire, on State Street in New Haven pumping gasoline, selling tires and parking cars. Later, he owned his own business, DFB Tires. In his retirement, he played an active role in the care of his loving grandchildren. As a WW II Veteran, he served in Europe in the U S Army Air Corps. He will be remembered for his love of family, music and sports. He played football for the Washington Glees, loved to sing and sang at local night clubs during the 1940's. Doc Bernabucci was a devoted and loving husband, father, grandfather and great-grandfather. He was the beloved husband of Shirley Gaudet Bernabucci for 59 years. Besides his loving wife, he leaves five devoted children. His son, Richard and his wife Paula Korin of Oxford, Doreen Brown and husband John and Sharon Healey and husband Paul, both of Wallingford, Denise Bernabucci of Hartford and Mary Jean Otis and husband James of Southington. He is survived by 6 adoring grandchildren: Keith Korin and Stephanie Korin Bruno, Ronald Zarro, Ashley and Mikayla Otis and Daniel Healey. He leaves 7 great-grandchildren and a beloved nephew, Thomas P. Gagliardi as well as nieces Sabrina Ricci and Michele Ricci Bell. He will be sadly missed by his sisters, Elsa Antinarella of Fairhope, AL, Frances Ricci and Rose Bernabucci both North Haven and was predeceased by his dear sister, Mary Gagliardi. Funeral from BEECHER & BENNETT, 2300 WHITNEY AVE, HAMDEN, Saturday, September 21at 9:15 a.m. A Mass of Christian Burial will be celebrated in Our Lady of Mt. Carmel Church, Hamden at 10 a.m. Friends may visit with his family on Friday from 4 to 8 p.m. Burial with Military Honors will take place in Centerville Cemetery, Hamden. In lieu of flowers, donations in his memory can be made to ASRC, www.ct-asrc.org (CT Autism Spectrum Resource Center) 101 N. Plains Industrial Park Rd, Wallingford, CT 06492.