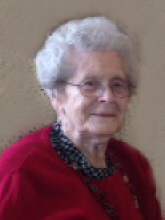 Darlene Jane Simpson, 91, wife of the late Ralph D. Simpson, Jr., passed away on Sunday August 30, 2015. She was born in Sioux Falls, SD, on March 29, 1924 to the late Henry and Jennie Foster Schneiderman. Darlene is survived by her children, Sherry (William) Pendleton of Cheshire, Sandra (Peter) Querfeld of North Branford, Donald (Ann) Simpson of New Bern, NC, Diane (Ted) Greiner of Wallingford; grandchildren, Carole (John) Robillard of Cheshire, George (Jennifer)Pendleton of Wallingford, Edward Simpson of Clinton, Andrew Greiner (Carole McFaddan) of Monterey, CA, and Robert Greiner of Wallingford. Predeceased by her brothers, Paul, Roy, and Richard Schneiderman. She had been a member of Spring Glen Church for over 50 years and a long time resident of North Haven, where she raised her family, before moving to Hamden and later to Cheshire. A Memorial Service will be held Friday Sept. 4, 2015 at 10 AM at BEECHER & BENNETT 2300 Whitney Ave. Hamden, friends may visit with her family prior to the service from 9:30- 10:00 AM. Interment will follow in Evergreen Cemetery, New Haven. Memorial contributions may be sent to the Spring Glen Church, 20 Glen Parkway, Hamden, CT 06517, or to the American Heart Assoc., 5 Brookside Dr., PO Box 5022, Wallingford, CT 06492.