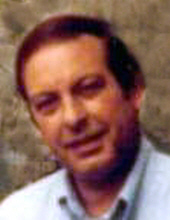 David Alan Carleton, age 75, of North Haven, died April 15, 2019 at his home. He was a son of the late Dana B. Carleton and the late Rebecca (Kite) Carleton. David was also predeceased by his brother Tom. He was born April 5, 1944 in Trenton, New Jersey, summering for years in Maine with his family. The Carleton's relocated to North Haven, Connecticut in 1959. He is survived by his brother Richard Carleton & his sister in-law Beryl Meiner of Branford, and his nephew Max Carleton (wife Tina) of Portland, Oregon. Dave attended the University of New Haven, graduating with a B.S. in engineering. He worked as a product engineer for Sikorsky, then at Warner-Lambert for the rest of his career. After retiring, Dave pursued interests in photography and calligraphy. He had a lifelong love of old cars, and the ability to repair them. Dave will be buried in the family plot in Portland, Maine in a private ceremony. Arrangements were in care of Beecher & Bennett Funeral Home, 2300 Whitney Ave, Hamden.