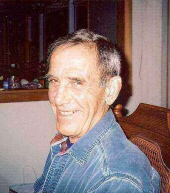 Hamden - David D. "Shadow" Mastroianni, 67, died Wednesday, Aug. 16, 2006 at his home. He was the husband of the late Barbara G. DeLucia Mastroianni. He was born in New Haven, March 17, 1939, a son of the late Joseph and Julia DelVecchio Mastroianni. He graduated from Hamden High School where he played four years of Varsity football. He graduated from Quinnipiac University and received his M.B.A. from the University of New Haven. He played semi-pro football with the Ansonia Black Knights and the Meriden Shamrocks. He retired as a Financial Systems Analyst for the U.S. Postal Service after 37 1/2 years. He was a member of the Hamden Lions Club. He is survived by two daughters, Kathleen Mastroianni and Barbara and her husband, Al Burdick all of Hamden, a son and his wife, David and Carol Mastroianni of Durham, a brother, Joseph Mastroianni of Winter Haven, FL, six grandchildren, David Mastroianni of New Haven, Jillian Mastroianni and Michael Mastroianni both of Durham, Gina Burdick, Christian Burdick, and Matthew McCarthy all of Hamden, his fiancee, Jean Matchett of Hamden and her children Steven Matchett of Baltimore, MD and Kate Sipos of Milford, CT. A Memorial Mass will be celebrated Monday, August 21 at 10 a.m. at St. Joan of Arc Church in Hamden. BEECHER & BENNETT, 2300 Whitney Ave., Hamden is in charge of arrangements. Contributions in David's memory can be made to Father Michael J. McGivney Center for Cancer Care, c/o the Hospital of Saint Raphael, 1450 Chapel Street, New Haven, CT 06511.