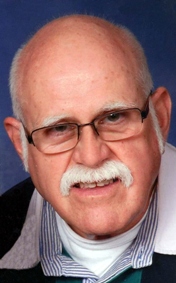 David R. Ives, 78, of Meriden, passed away in his sleep at Midstate Medical Center on Wednesday, June 22, 2022. He was born in Meriden on March 5, 1944, a son of the late Frank and Lillian (Redmann) Ives. He is survived by his wife of 56 years, Elaine (Orzel) Ives, his brother Wayne Philip Ives and his wife Kelle, brother-in-law Dennis J. Orzel and his wife Ellen, sister-in-law Diane Loomis, nephews Derek Ives, Patrick J. Orzel, William, Frederick, and David Loomis, nieces Michele Tingley and Caleigh Orzel, and many cousins and extended family. He was predeceased by his nieces Samantha Ives and Justine Loomis. He worked at Wallace Silversmith of Wallingford and Wepco Plastic of Middlefield until his retirement. David was very thoughtful and giving and enjoyed being with friends, camping, dancing, working on cars, telling jokes, and working around the house.

Services are being privately held per his family’s wishes. Memorial contributions in his name may be made to The Parkinson’s Foundation, 1359 Broadway Suite 1509, New York, New York 10018 or by going to www.parkinson.org.