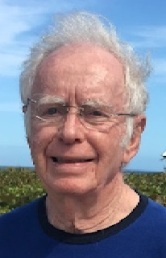 David Silverstein, 85, of Boynton Beach, FL, formerly of Delray Beach, FL and Meriden, CT passed away on April 30, 2022. He was born in Boston, MA on September 15, 1936, a son of the late George and Beatrice Maletz Silverstein. He is survived by his children Karen Stoohs and her husband Brian of NJ, Diana LaPiene and her husband Tracy of TX, and Eric Silverstein of TX, brother Barry Silverstein and his wife Berta of VA, and grandchildren Deborah Padilla, Nicholas Padilla, and Brianna Stoohs, Angelique (Jonathan) Moore, Jessica, and Lindsey LaPiene, and Reed and Sasha Silverstein. He is also survived by his nieces Amy (Dwayne) Daniels and their children Carly and Ethan Daniels, and Debra (Patrick) Kitzmiller and their children Priya and Eli. After graduating from Laconia High School in 1954, David went on to receive a bachelor’s degree in Pharmaceuticals from UCONN. He was the owner and operator of Barry Pharmacy in Bloomfield, CT for many years until his retirement. David also honorably served in the United States Army Reserves. David had a deep love for music, square dancing, and round dancing, which he especially enjoyed with his girlfriend Myrna Swart, who predeceased him.
Family and friends are invited to attend a graveside service on Tuesday, May 10th at 11:30 a.m. in Walnut Grove Cemetery, 817 Old Colony Rd., Meriden. In David’s memory, donations may be made to Trustbridge, Attn: Starfish Team, 5300 East Ave., West Palm Beach, FL 33407.