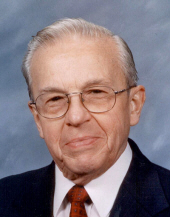 Deacon James A. Tripp, Sr., age 77, Hamden, passed away on March 15, 2010 at Conn. Hospice in Branford. Jim was the beloved husband of Ann Mappa Tripp for 58 years; father of James A. Tripp, Jr & his wife Denise of Wallingford and Robert W. Tripp of Groton; grandfather to his treasures, Angela Tekely, Amy Tripp, Deanna Tripp and Dane Tripp; brother of Marion Mitchell of West Haven and the late Helen Barber, Mary Leith, Walter, Charles and William Tripp. Born in West Haven on May 29, 1932, he was a son of the late Arthur & Marie Schmidt Tripp. Jim started his career as a pipefitter for the former Armstrong Rubber Co. in West Haven. Opening his own business as a Plumbing and Heating Contractor for over 40 years. He owned and operated Tripp's Bath Design Plus in Mt. Carmel, retiring from the business in 1996. Jim was ordained as a Deacon in 1991, serving at St Joan of Arc Church in Hamden for 6 years, then a Deacon in the Church of the Blessed Sacrament for 6 years. He concluded his duties as a Deacon back at St. Joan of Arc Church for another 5 years, until his illness kept him from doing what he enjoyed 2 years ago. His funeral will leave from BEECHER & BENNETT FUNERAL HOME, 2300 Whitney Ave., Hamden on Friday, March 19th at 9:15 AM, followed by a Mass of Christian Burial at 10:00 AM in St. Joan of Arc Church, 450 West Todd St. Hamden. Friends may also visit with his family at the funeral home on Thursday from 4:00 to 8:00 PM, with a Prayer Service by the Deacons at 7:30 PM. Interment will take place in St. Mary's Cemetery. Contributions in Deacon Tripp's Memory may be made to Conn Hospice Inc. 100 Double Beach Rd, Branford, CT 06405.