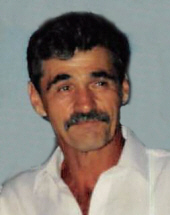 Dennis Patrick Boughton, age 73, of North Haven, passed away on November 30, 2016. Born in New Haven on December 11, 1942, he was a son of the late Ernest C. King and Gertrude Eburg King. Dennis is survived by his daughters, Jacqueline (John) Diglio of Northford, Jill Boughton of North Haven, and Joan Turner of Hamden; his son, Dennis King of Wallingford; brothers, Ernest & Larry King, both of Derby; sister, Alice Setguin of Southington; 10 grandchildren and 1 great-grandson. He was predeceased by his son Peter Boughton, his grandson Cortland Bonday, and several siblings. Dennis was a resident of New Haven most of his life. He was a Truck Driver for Blakeslee, Arpaia, & Chapman Co. before his retirement and was a member of the Teamster Union Local 443. Friends may visit with his family at BEECHER & BENNETT FUNERAL HOME, 2300 Whitney Ave., Hamden on Monday from 5:00 to 8:00 PM. During this time at 7:00 PM a Prayer Service will be held. His burial will be private.