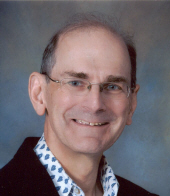 Dennis Paul Bekeny, M.D., of Hamden, Connecticut, passed away on Thursday, October 6, 2011, at Smilow Cancer Hospital after a brief illness. He was born on October 9, 1943, in Cleveland, Ohio, son of the late Paul Bekeny and Joan Holasek, of Mountain Lakes, New Jersey. He was the beloved husband of Margaret E. Bekeny. He is also survived by his daughters, Audrey Bekeny, of Boston, Massachusetts, and Deirdre Van Amberg, of Greenville, Tennessee; his grandchildren, Jane, Samuel, Rebekah, Peter, and Susanna Van Amberg, all of Greenville, Tennessee; his brother, Johnathan Holasek; sister, Marilyn Lloyd; cousins, nieces and nephews. Dennis received an undergraduate degree and a master's degree from Massachusetts Institute of Technology. He then received a medical degree from Case Western Reserve University and trained at Yale-New Haven Hospital with a specialty in pediatrics. He was a pediatrician for 36 years and gave special, loving care to many, many children. Dr. Bekeny was a member of the Board of Ethics of The Hospital of Saint Raphael in New Haven. He was a faithful member of Trinity Episcopal Church on the Green in New Haven for many years and served in many capacities in the church. An avid fan of the University of Connecticut women's basketball team, he watched every game and took detailed notes. His knowledge of opera was encyclopedic and music was the bread of life for him. Friends are invited to attend his funeral service in Trinity Church on the Green at the corner of Temple and Chapel Streets on Monday, October 10, at 11:00 A.M. In lieu of flowers, contributions may be made to Trinity Church on the Green (mailing address: 129 Church Street, New Haven, CT 06510). Arrangements under the direction of Beecher & Bennett, 2300 Whitney Ave., Hamden