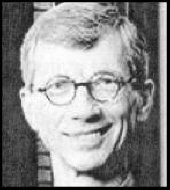 New Haven, Conn.-Dick R. Wittink, the George Rogers Clark Professor of Management and Marketing at the Yale School of Management, died on June 4 at age 59. Wittink was a respected mentor and scholar with over one hundred articles in the field of marketing. He was noted for his work in the study of conjoint analysis, the most widely used tool to measure consumer preferences. Wittink's SCAN*PRO model of store-level sales has served as a foundation for academic research and for syndicated data services such as those used by AC Nielsen. His recent paper 'Is 75 Percent of the Sales Promotion Bump Due to Brand Switching? No, 33 Percent is' was honored with the Paul Green award for the best paper in the Journal of Marketing Research. He served as the Editor of the Journal of Marketing Research and was elected with a lifetime appointment to the Royal Dutch Academy of Sciences in May 2001, the highest honor bestowed upon Dutch-born academicians. At the Yale School of Management, Wittink taught in the MBA, Ph.D., and Executive Programs. In addition to his teaching, he was active in the governance of the school and instrumental in the development of new programs. In the past year alone, Wittink helped to create, and served as co-director of, the Yale Center for Customer Insights, a research center devoted to studying customer behavior, and the Yale MBA for Executives: Leadership in Healthcare program. His interest in healthcare was personal and professional. His experiences as a type-1 diabetic since 1983 gave him a unique perspective on the management of chronic diseases. This led him to study the benefits of active patient involvement in their treatment, and providing better information and sharing the evaluation of decision options. He was a pioneer in applying conjoint analysis to improve the understanding of patient preferences in choosing among treatments for chronic ailments. He was chief scientist, founding partner, and board member of New York City-based Blue Flame Data Inc., an enterprise software company, and a trustee of the Marketing Science Institute in Cambridge, MA. Before joining the Yale School of Management faculty in 1998, Wittink taught at Cornell's Johnson School of Management where he was also director of doctoral programs, the Stanford Graduate School of Business, the Kellogg School of Management at Northwestern University, and the Columbia Graduate School of Business. He was also Honorary Professor of Marketing at the Faculty of Economics of the University of Groningen in the Netherlands. Born in The Netherlands, Wittink and his childhood sweetheart and wife, Marian, moved to the United States in 1967 to take a scholarship at the University of Oregon. While Wittink had a true passion for his work, his love, devotion and care for his family superseded all else. He is survived by his wife, Marian Bouman Wittink; daughter, Marsha; son, Mark; son-in-law, Josh Owen; daughter-in-law Alicia; grandson, Jasper Owen; and his family residing in the Netherlands, two sisters, Femmy and Tineke; and brother Roelof. Professor Wittink and Marian became American citizens on January 21, 2005, which they marked with a celebration at their home with friends and family. A memorial service will be held Sunday, June 12, at 3:00 p.m. in the Yale Law School Auditorium, 127 Wall Street in New Haven, Connecticut. In lieu of flowers, the family requests donations in memory of Dick R. Wittink to either of two organizations he enjoyed the most; The New York Metropolitan Opera, Attention: Memorial Gifts, 30 Lincoln Center, New York, NY 10023, or by calling 212-870-7388; Or the Public Broadcasting Service (PBS) Foundation, 1320 Braddock Place, 6th Floor, Alexandria, VA 22314, or by calling 703-739-5444.