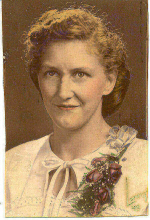 Dolores T. Gee, 79, of West Haven passed away on Sunday, January 8, 2012 at Hamden Healthcare in Hamden. Wife of the late Richard Gee, she is survived by daughters Diane Piscitelli of West Haven and Darlene Gee of Hamden; sons Darrel of NC, Richard of Gales Ferry, and Robert of Seymour; ten grandchildren and seven great-grandchildren. Daughter of the late William and Emma E. Linderman Taylor, Dolores was born in Queens, NY on August 20, 1932. She had been employed by Echlin Manufacturing of Branford for 14 years prior to retiring. Funeral Service Saturday, January 14th at 10:00 AM at BEECHER & BENNETT-TAYLOR FUNERAL HOME, 410 Campbell Ave., West Haven. Friends may visit with the family from 9 to 10:00 AM prior to the service.