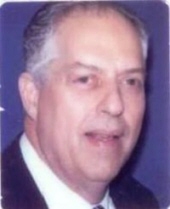 Dominick Charles Pestone, 83, of Hamden passed away on Wednesday, February 14, 2018 at Yale-New Haven Hospital. Born in New Haven on June 22, 1934, he was the son of late Salvatore and Angelina Pestone. He was a graduate of West Haven High School, Class of 1952. Dom was a pharmacist for over 50 years, having graduated from University of Connecticut College of Pharmacy, Class of 1957, and later received his Doctorate of Pharmacy. In the earlier parts of his career he worked as a research chemist for Avon Products in Suffern, NY and Miles/Dome Laboratories in West Haven, CT. In the 1970's, he also was the original Chief Pharmacist of AARP Pharmacy in East Hartford, CT, managing the largest prescription mail order operation that served all of New England and New York. In a five year period, this East Hartford, CT operation grew to 150 employees with 12 pharmacists that filled over 3300 prescriptions a day. In the 1980's, he switched to a small community pharmacy in Wallingford known as the Yalesville Pharmacy, remaining in the 'neighborhood corner drugstore' for over 22 years. In 1997, Dom sold his pharmacy to the Masonic Home & Hospital, where he became the community pharmacy manager; he continued managing and operating a servicing pharmacy to a large group of senior citizens that lived in the Masonic Assisted Living Community. It was in these years especially that one could see Dom's true love and passion for the pharmacy profession, and how much he was appreciated by the local community for his outgoing, personable ways and his professional and caring approach to their medicinal needs. In 2002, he joined the CVS Pharmacy staff and worked for 6 years until he retired in 2008. Special thanks to the CVS Pharmacy family that gave him a most deserving retirement party; he never forgot how it meant so much to him when they all sang 'For he's a jolly good fellow.' Dominick also was in the U.S. Army Reserves and served as an Army medic, and was a lifelong fan of the NY METS, UCONN basketball, and the NY Giants. He also had great love of animals especially of his husky “Anya,” and collie “Alex.” He leaves behind his wife Anna Marie Pestone, his 2 daughters who loved and adored him; Ramona Moore and her husband Thomas and Sarina Pestone, and his most cherished and loving grandson; Patrick Moore, who always called him 'GRAND,' along with his sister, Susan Mezykowski (Pestone) of Frankfort, Illinois, and several nieces and nephews. Funeral procession will leave from BEECHER & BENNETT, 2300 Whitney Ave., Hamden Wednesday, February 21 at 11:00 AM. Mass of Christian Burial will be celebrated in Our Lady of Mt. Carmel Church at 11:30 AM. Friends may visit with his family Tuesday evening, February 20, from 5-8 PM. Interment will be in St. Lawrence Cemetery, West Haven. In lieu of flowers, memorial contributions in his name may be sent to: St. Jude Children's Research Hospital, 501 St. Jude Place, Memphis, TN 38105.