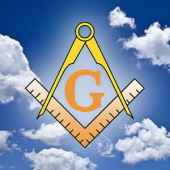 Donald E. Clough, husband of the late Lorna Tripp Clough, of West Hartford passed away on June 2, 2013 at the age of 86. He was born on June 25, 1926 in Manchester, NH, the son of the late Dr. Eugene F. and Lorna Morrison Clough. He was a graduate of The University of New Hampshire where he was a member of the Phi Mu Delta and Tau Kappa Alpha fraternities. He was an announcer on radio station WKBR before assuming the duties as Director of Instrumental Music in the Manchester, NH public schools. While in this position he was the director of the Central High School Band, conductor of the NH All-State Festival Band and was on the faculty of the summer youth Music School at UNH. He later joined the Travelers Insurance Company and served in the Manchester and Buffalo, NY field offices before being transferred to the Home Office in Hartford, CT. He retired as a Vice President of Financial Services in 1987. Don was a Chartered Life Underwriter and Chartered Financial Consultant. He had been Vice President of the NH music Educators Association, Associate of the American Guild of Organists, Regional Vice President of the NH state Jaycees and President of Talcott Jr. H.S. PTA in West Hartford, CT. He had been a thirty-second degree Mason and Shriner, and a Past Patron of Ruth Chapter #16 of the Order of the Eastern Star and a member of Washington Lodge #61 since 1948. He was also a member of the Subordinate and Pomona Grange in NH. During WWII he served in the US Navy and the NH State Guard and was a member of the American Legion and the Sons of Veterans of the Civil War. Long active in the Episcopal Church, he was a licensed Lay Reader, a Director of the Brotherhood of St. Andrew and held a variety of positions in the church including Church School Superintendent, Vestryman and Warden. He is survived by his children, Donna Goodrich and her husband James of Dover, NH; Linda Meeneghan and her husband Michael of Coopersburg, PA and David Clough and his wife Deborah of Vernon, CT and his nine grandchildren and six great-grandchildren. All services will be private at a later date. For those who wish, please consider a contribution in Donald's name to the charity of your choice. Arrangements are in care of BEECHER & BENNETT FUNERAL HOME, 2300 Whitney Ave, Hamden, CT