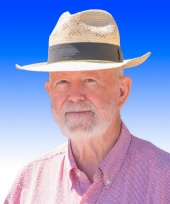 New Haven, CT --- Donald Eugene Shoop, 79, passed away suddenly on Friday, August 11, 2017, at Yale New Haven Hospital. He leaves wife Futaba, children; Alexander, Charles II, and Miki, two grandchildren, two brothers, and many close friends. Born in Bentonville, Arkansas, Don lived in Alabama and California until graduation from high school in Los Angeles in 1956. After a year at California Polytechnic State University, he enlisted in the United States Air Force. His first duty assignment with the USAF was to Yale University, where he was enrolled in an intensive (40 hours per week) training program learning Mandarin Chinese. This was the beginning of Don's lifelong love of foreign languages. After completing the Yale program, Don served at various duty stations in Korea and Japan, including aircrew duties aboard RB-50 and RC-130 aircraft. Don began studying Japanese during his assignment to Yokota Air Base outside Tokyo, and eventually developed a high degree of fluency in that language. Don was accepted into an officer training program and was commissioned a Second Lieutenant in 1965. The remainder of Don's Air Force career took him to assignments in California, wartime Vietnam, New Mexico, and Alabama. In 1969, he was again assigned to Japan, this time to Misawa Air Base. Due to his fluency in the Japanese language, Don was sent to Chitose Air Base in Japan where he assisted with negotiations between the Air Force and the Japanese Government to transfer the Chitose base from the US Army to the US Air Force. Don received Master of Business Administration and Master of International Studies degrees from Denver University in 1976. In 1977, he was assigned to HQ US Forces Japan, was promoted to Major, and assisted with the administration of the US/Japan Security Treaty. He retired from the Air Force in 1980 and started a consulting firm with operations in Tokyo and Taipei, Taiwan, assisting firms wanting to conduct business in the Far East. Don received a PhD degree in International Studies from Denver University in 1985, having attended classes at the University of Tokyo and completed his dissertation on “Japanese Foreign Policy Decision Making.” He contributed to many research projects at Yale University in his lifetime. We will never forget Don’s remarkable wisdom that attracted everybody around him. All funeral arrangements were privately held by Beecher & Bennett Funeral Home.