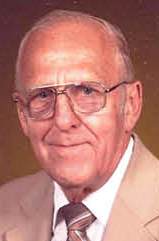 Donald J. Craig, 95, of Meriden, loving husband of the late Dorothy O’Connor Craig, passed away on March 11, 2022 at Kensington Village in Meriden. He was born on September 9, 1926 a son of the late Walter and Verna Brown Craig. He is survived by his children Garry Craig and his wife Linda of Meriden, Barry Craig and his wife Kathleen of Meriden, and Allen Craig and his wife Trudy of Meriden. He is also survived by his grandchildren; Christina Craig-Grahek (Adam), Thomas Craig, Kaitlyn Siena (Stephen), Justin Craig, Austin Craig, Britany Craig, and great-grandchildren Sebastian Siena and Edwin Donald Craig . Besides his wife Dorothy, he was predeceased by his siblings; Dale and Freda Craig, Kathleen Weed, Carolyn Perham, and Grace Coleburn. Donald honorably served as a Sergeant in the United States Army during World War II, serving in the Pacific Rim. He worked at International Silver and McGraw-Edison for many years until his retirement. In his free time he enjoyed coaching baseball in the Ed Walsh little league, which he did for over 20 years
A service celebrating Donald’s life will be held on Tuesday March 15th at 10:00am at First United Methodist Church, 159 E. Main St. Meriden. Friends may visit with his family from 9:00am-10:00am before the service. Interment with Military Honors will follow in Gethsemane Cemetery. Memorial contributions in his name may be made to The American Stroke Association, P.O. Box 840692 Dallas, TX 75284.