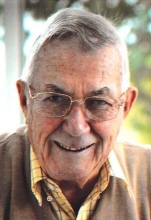 Donald J. Griffith, 92, of Ashlar Village, Wallingford passed away peacefully on February 3, 2017. He was the beloved husband of the late Norma Griffith. Born in New Britain on December 5, 1924, he was the son of the late Lewis and Edith Griffith. Don is survived by his son Bruce Griffith and his wife Johanne of East Hampton; daughter Deborah Stroh and her husband Kurt of Greenville, NH; grandchildren Aarron, Oken, Rachael and Emmette; and five great grandchildren. He graduated Berlin High School in 1942 and volunteered directly into the United States Coast Guard. He was assigned to the Attack Invasion Ship, the U.S.S. Leonard Wood APA-12. The ship, crew and troops were involved in ten amphibian beach landings commencing with Casablanca in North Africa, then on to Sicily. Then the ship was transferred to the Pacific Theater where it landed on the Island of Makin and five other Islands. He was honorably discharged A.S.C 2nd Class-Vetora Petty Officer, M.M.O 2/c after approximately four years of service. He operated his own service station in Berlin, CT and after a few years he joined the Russwin Sales force for the Emhart Corp. While working at Russwin, he attended the Executive Management Course at R.P.I. He traveled different areas for Russwin in New England and upper New York State. He was transferred to the Mid-West where he traveled Indiana, Illinois, Missouri and Kentucky. Don was then transferred to the New York City office as assistant manager, then promoted to the manager of the New York City offices. In 1968 he was promoted to sales manager in New Britain and in 1974 to Vice President of Sales for the Russwin Division. In 1978 Don was promoted to Vice President of Sales for Russwin, P&F Corbin Divisions and Corbin Cabinet Lock. He retired from Emhart-Black & Decker Corp. in 1984. Don relocated with his loving wife Norma from CT to Woodstock, VT. It was a life style change and he dedicated his direction to volunteer activities while also doing sales promotion work for the Akron Hardware Corp. He became very active in Rotary International, having become President and District Officer. He was awarded two Paul Harris fellowships for his Rotary efforts. Don served on several volunteer Boards of Directors along with being President-Governor at the Woodstock Country Club. He also served on the board at the Homestead retirement community, The Citizen, VT, Lee Corp., and the Woodstock Senior Center. During his adult life he loved to fish, hunt, ski, garden, boating, music, and dancing. For the past 15 years he resided at Ashlar Village in Wallingford where he served as President of the Ashlar Village Residents Association, served on the Board of Directors and many volunteer areas in the community. Don was a loyal Red Sox and Patriots fan along with both the mens and ladies UCONN basketball teams. He was a life member of the Berlin V.F.W Post, the Disabled Veterans and a member of the American Legion Post 187. He was also a member of the Ashlar Lodge 332, AF&A and the Elks Lodge #1365. Relatives and friends are invited to attend a memorial service for Don on Saturday, February 18, 2017 at 2:00 p.m. in the Hartog Activity Building at Ashlar Village, Wallingford. Visitation with Don's family will take place from 1:00 to 2:00 p.m. Burial will be private. BEECHER & BENNETT-FLATOW FUNERAL HOME, Meriden is assisting the family with arrangements. Memorial donations in Don's name may be made to the Rotary Club of Woodstock, PO Box 581, Woodstock, VT 05091 or to The Masonicare Annual Appeal c/o The Masonic Charity Foundation of Connecticut, P.O. Box 70, Wallingford, CT 06492.