Don was born in St. Louis, Missouri to Anthony and Marcella (Rust) Volk. As a young boy, he moved to Kirkwood, Missouri where he grew up with his younger sisters Arlene (Cordaro) and Diane (Miller).

He graduated from Eugene Coyle High School and attended St. Louis University before enlisting in the US Navy in 1951. He spent time at Treasure Island Naval Station in San Francisco before serving aboard the heavy cruiser USS Toledo patrolling the waters around Korea and visiting Japan, Hong Kong, and Hawaii. After his service he continued his studies at the University of Chicago, where he studied geography, and earned his undergraduate and graduate degrees.

He returned to Kirkwood, MO where he worked on the Meremac Basin Dam impact study. In 1963 his cousin (and next-door neighbor,) Eileen (Deveraux) Weyerich, introduced Don to Joanne Murphy. She worked at the St. Louis County Planning Commission, and after meeting Joanne, Don decided he should work there too. They were married the next year. After spending the summer in Seattle together, they moved east, where he began teaching at the University of Maryland that Fall. They celebrated the birth of their son Patrick in 1965.

Don also spent time teaching in Worcester, Massachusetts and Honolulu, Hawaii where he spent a year teaching at the Geography Department at the University of Hawaii. He enjoyed his time there, teaching and exploring the islands with Joanne and Patrick. They returned to Maryland in 1969 and welcomed their foster son Morgan Torres in 1970.

Don was very involved in his new hometown of Greenbelt, Maryland, serving with many community organizations throughout his time there. He was elected to the Greenbelt Homes board of directors, where he served for many years, eventually as President. Ultimately Don found his way to teaching geography at Montgomery College in Rockville, Maryland where he taught until his retirement.

Don enjoyed traveling with his family, and had many adventures with them including long road trips around scenic parts of the US, driving across Mexico, and exploring Europe and Japan. He especially loved snorkeling and body surfing whenever the opportunities presented, as well as canoeing on float trips in Missouri. He appreciated the experience of discovery, and his calm, cool temperament equipped him well to deal with the challenges often encountered when traveling independently, off the beaten track. He and his family spent many weekends with their dog Scout, camping and hiking around land Don and Joanne owned in the Trout Run Valley of West Virginia. They also returned to Missouri regularly, driving to visit family for the holidays once or twice a year.

After retiring from teaching Don worked with Joanne doing landscape work, creating beautiful landscapes and gardens that she had designed for their clients in Greenbelt. As always, they made a great team.

Music had a large presence in his life. He enjoyed a wide variety of music styles, including classical, jazz, acoustic folk/bluegrass and even popular rock music. His favorites included Julian Bream, Jean-Pierre Rampal, The Modern Jazz Quartet, Dave Brubeck, Tony Rice, Dave Grisman, and the Beatles. He also got a kick out of comedy routines by Mel Brooks, Bob Newhart, and The Smothers Brothers, but Monty Python made him laugh the most.

In 1990 Don and Joanne purchased a vacation home on Harrisville Pond in Harrisville, New Hampshire, and began to spend more and more time there at the property they came to know as “Fern Ledge.” They loved their time together in New Hampshire, and enjoyed visits from their friends and relatives. They also appreciated their Harrisville neighbors, their new friends from Monadnock Friends Meeting House, and the Quaker Reading Group they regularly hosted at their house.

Don was an avid photographer and his photographs reflect his love and deep appreciation of the natural world and the beauty present there. In Harrisville he awoke early each morning to witness the rising sun; its rays sparkling on the water, glowing behind a heavy fog, or painting the clouds pink and orange as it rose and the new day began.

Don and Joanne welcomed their daughter-in-law Joana Yoo into their family in 2004. The first of his two granddaughters, Olivia, was born in 2005, followed by her little sister Emily 2 1/2 years later. Olivia and Emily called their grandfather simply “Big,” and the name suited him well. Don had a big, big, loving and wise heart. He was a truly compassionate, humble, gentleman who valued what was most meaningful in life. He was good-natured, understanding, and he put those around him at ease.

Toward the end of his life dementia undermined Don’s abilities, but his heart remained bright, and his love for Joanne and the rest of his family was a source of clarity and peace for him. His comforting presence will be missed, but his life well-lived will continue to serve as an inspiration to those who knew and loved him. We love you ‘Big.’ In lieu of sending flowers, contact the people you love and make sure they know how you feel about them. 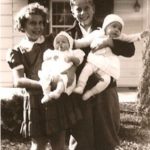 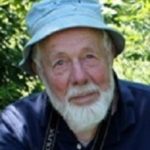 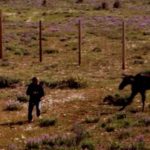 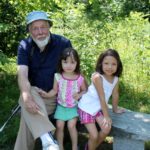 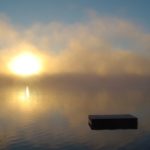 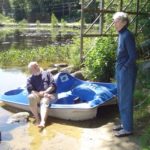 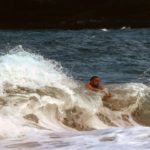 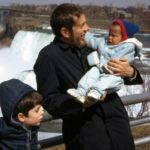 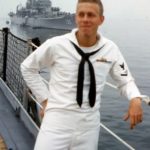 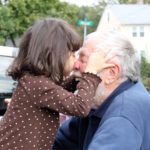 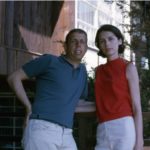