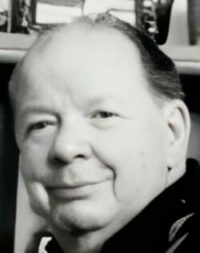 Donald Sands of Meriden, CT passed away unexpectedly into the arms of his Lord on Saturday, December 24, 2022. He was 83 years old. Born in Mount Kisco, NY on July 11, 1939 to the late Edmund and Mable Sands. He is survived by his beloved wife of 61 years Eva (Rule) Sands. He will be missed by his 4 loving children and 15 grandchildren; son Donald Sands and his wife Kathy, son Ken Sands and his wife Rhonda, daughter Lorri Daley and her husband Patrick, all of Meriden, and daughter Kimberly Clark and her husband Michael of Prospect, grandchildren; Justin Sands, Melissa Glowasky, Alicia Sands, Jennifer Brewer, Donald Sands, Erica Cardona, Christina Daley, Katie Zisk, Rachel Quinones, Patrick Daley, Jonah Clark, Leah Clark, Grace Clark, Caleb Clark, and Joshua Clark. Also survived by 13 great-grandchildren, his sisters Mable Colt and her husband Carlisle of Wallingford, and Edna Neubauer and her husband Ray of Forestville, and many nieces and nephews. He was predeceased by his sisters; Katherine Disbrow, Dorothy Graymour, and Helen Cossaboom, his brothers; Sonny, Edwin and Douglas Sands, and 2 infant brothers. In the 1950s he worked for The Federal Bakery in downtown Meriden. He then became a Journeyman Pressman at Dominal Press in Meriden. He was a cook in several restaurants in CT and NY. He also worked for Frank’s Auto Parts and Car Quest in Meriden. Prior to his retirement in 2019, he worked for the City of Meriden as a Parking Garage Attendant. He had many loves, but none more than his family and friends. He also loved visiting the shoreline and going fishing with his wife and grandchildren. He was an avid NY Yankees fan and loved visiting Yankee Stadium with his children. He also loved gathering on Sundays to watch the NY Giants with his family.
Friends may attend a celebration of Donald’s life at the Cheshire Bible Chapel, 1103 Waterbury Rd., Cheshire on Friday, January 6, 2023 at 11 a.m.