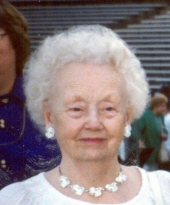 Dorothy J. Gustafson, 89, of Shepard Ave., Hamden, loving wife of the late Rudolph A. Gustafson, passed away Tuesday, Oct. 16, 2007 after a brief illness. Mrs. Gustafson was born in New Haven July 21, 1918, a daughter of the late George and Louise Anderson Johnson and had resided in Hamden for over 60 years. She was a longtime member of Christ Lutheran Church. A beloved mother, grandmother, and great-grandmother, she is survived by her son and his wife, John G. & Bette Gustafson of Hamden, grandchildren Tammy Beth Sloan and her husband Jim Sloan of Hewitt, NJ, John Eric Gustafson of Hamden and a great-grandson James L. Sloan. She was predeceased by brothers Bertil, Roy, George and Carl Johnson and a sister Ellen Winchester. Funeral service will be Saturday morning, Oct. 20. at 9 a.m. at BEECHER & BENNETT, 2300 WHITNEY AVE., HAMDEN. Interment in Centerville Cemetery. Contributions in her memory may be sent to the American Diabetes Assoc., 300 Research Parkway, Meriden, CT 06450.