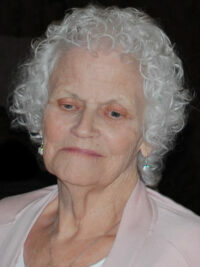 Dorothy Jean Lapsley, 81, of Middletown passed away December 29, 2022 after a brief illness. She was the loving mother of Kathleen Kalb and mother-in-law of Steven Kalb of Cheshire, grandmother of Martin Kalb of Cheshire, and sister of the late Bill Shields. Dorothy was born in Wheeling, WV September 26, 1941, the daughter of the late Thomas E. and Violet Weir Shields, III, and spent most of her life in Brookville, Pennsylvania, working as Deputy Director with the Jefferson County Area Agency on Aging. In retirement, she first lived with her brother in Medina, Ohio, then moved to Middletown to be closer to her daughter, son-in-law, and grandson. For ten years, she served as an Activity Aide at the Elim Park Baptist Home in Cheshire, including front-line work in the later months of the pandemic.
Friends are invited to visit with her family at BEECHER & BENNETT, 2300 Whitney Avenue, Hamden on Thursday, January 5th from 2-5 p.m. In honor of her lifelong love of animals, especially cats, contributions may be sent to the Animal Rescue League of Boston at www.arlboston.org.