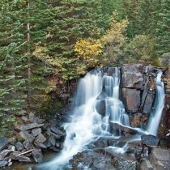 Dorothy Kaczer Oertel, widow of Robert Oertel passed on October 1, 2013. Dorothy (Dot) was born in St. Johnsbury, Vermont on January 15, 1920 to the late Jacob and Dorothy (Brigham) Kaczer. She was educated both in Vermont and Connecticut school systems. Following her marriage she resided in California for a number of years while her husband served in the military then returned to CT and resided in Hamden for over 60 years. Dorothy and her husband enjoyed traveling both nationally and internationally. She was an avid golfer and had a passion for playing Bridge, which she did at the Hamden Senior Center. Dot is survived by her sister Mrs. Hannah Friedman and her husband Dr. Murray Friedman of Florida. She was predeceased by her brothers Mendel Kaczer and his wife Rose and Richard Kaczer, Sr. and his wife Eleanor. She is also survived by her nieces and nephews . Arrangements are private and under the direction of BEECHER & BENNETT, 2300 WHITNEY AVE., HAMDEN.