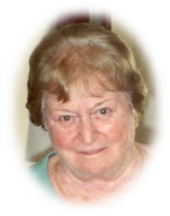 On August 17, 2006, Dorothy Loughlin Davies, 85, of Maplewoods at Hamden formerly of Orange, and wintered in Naples, FL, was reunited with her life's love, the late Russell Edward Davies. She was the mother of Lee (Judy) Davies of Hamden; grandmother of Brian (Lisa) Davies of Southington and Brenda (Edward) Byers of Boca Raton, FL; and great-grandmother of Charles Byers of Boca Raton, FL. She was predeceased by a sister Jean Larson, and a great-granddaughter Alison Byers. Daughter of the late John and Violet Bronson Loughlin, she was born in Waterbury, CT on August 2, 1921 and grew up and raised her family in West Haven and Orange. Mrs. Davies was a member of the West Haven Junior Women's Club in the 1950's, the Orangewood Women's Club in the 1960's and the City Point Yacht Club Women's Auxiliary in the 1960's, 70's and 80's. She was an Office Manager at the former Boyle Equipment Co. of Orange, the former Perlmutter's Clothing of Orange and the Albee Booth Boys Club of New Haven. In her leisure, Mrs. Davies loved boating and traveled by boat to the Eastern and Western Caribbean and to Miorca, Spain. Friends may call at BEECHER & BENNETT, 2300 Whitney Ave. Hamden, on Monday, August 21 from 3 - 7 PM. Funeral Service will follow at 7 PM. In lieu of flowers, donations may be made to the Connecticut Institute for the Blind, 120 Holcomb Street, Hartford, CT 06112.