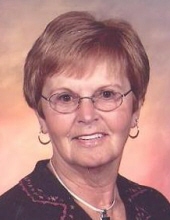 Dorothy May Labbe, 85, of West Hartford, formerly of Meriden, loving wife of 63 years to the late Robert Labbe, passed away at home on July 8, 2019 with her family by her side. She leaves her beloved daughters; Cynthia Kennedy and her husband Michael of Meriden, Cheryl Sears and her husband John of Higganum, Carol Donath and her husband Rodney of Little River, South Carolina, her brother Richard Westfort and his wife Carol of Meriden, her grandchildren; Erin Chiz, Brian Kennedy, Lindsey and Jaclyn Sears, Kaitlyn Christoforo, and Rachel Zajac, great-grandchildren; Skyla, Keira, Michael, James, Alex and Jaxon, and several nieces and nephews. She was predeceased by her sisters; Lois Kroeber and Joyce Burbidge. Dorothy was born in Meriden on May 24, 1934 to the late Louis and Lena Tyler Westfort. She grew up working on the Westfort Dairy Farm in Meriden and eventually met her beloved husband Robert. She went on to work in quality control for Unimax Switch in Wallingford for many years until her retirement, after which she and Robert moved to Mt. Dora, FL for 13 years. She was a longtime member of First Baptist Church in Meriden. Dorothy and Robert enjoyed traveling throughout the country in their RV, having successfully stopped in all 50 states and traveled throughout Europe. Dorothy enjoyed spending time with her friends, family, and her beloved dog Gracie. Per Dorothy's wishes, services will be private and are under the direction of Beecher & Bennett-Flatow Funeral Home, Meriden. Memorial contributions in her name may be made to The Meriden Humane Society, 311 Murdock Ave., Meriden, CT 06450.