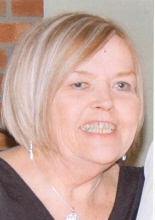 Dorothy Schontag Gordon, 68, devoted wife of the late Donald B. Gordon passed away March 8, 2010 at The Connecticut Hospice in Branford. Dorothy is survived by her beloved nieces and nephews Jerry Schontag, Dawn Schontag, Jean Petrelli, and Lauren S. Guerrera; great nieces and nephews Carie Scagliarini, Jake Schontag, Dylan Hofstetter, Sydney Guerrera and Madison Guerrera and a sister-in-law Jeanne Schontag Urban of Granby, CT. In addition to her husband, Dorothy was predeceased by brothers Alan and Earl D. Schontag and sister Jean Petrelli. A daughter of the late Earl and Anna Weiller Schontag, Dorothy was born in West Haven on May 1, 1941. She was a Registered Nurse at The Hospital of St. Raphael and Griffin Hospital. Funeral Service (TODAY) Tuesday, March 9, 2010 at 11:30 am at BEECHER & BENNETT FUNERAL HOME, 2300 Whitney Ave., Hamden. Interment will be private. Contributions in her memory may be made to The Connecticut Hospice, 100 Double Beach Rd., Branford, CT 06405.