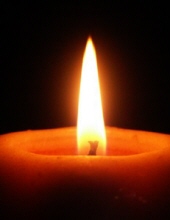 Dorris H. Rochette, 99, wife of the late Joseph A. Rochette, passed away on January 3rd, 2019. She was born in Meriden on August 13, 1919, the daughter of the late Ernest (Smoke) and Mary (Ficken) Hallbach. She attended Meriden schools and graduated from Meriden High School in 1937. She was a member of Westwood Ct #5 Order of Amaranth and served as Royal Matron in 1951 and 1985, a member of Meridian Chapter #8 Order of Eastern Star, served on the advisory board of the International Order of Rainbow for Girls, and the Mothers Group of Demolay for Boys. She was a Troop Leader for the Girl Scouts at Benjamin Franklin School, member of the former Meriden Women's Club, the Meriden Women's Republican Club and the Republican Town Committee for 10 years where she served as a delegate. She was a member of the former Meriden All Saints Episcopal Church where she served on the Altar Guild and belonged to the 1200 Club. She joined All Saints Episcopal Church in Wolcott where she remained a member until her death. She is survived by two daughters, Judith (Ray) Lascelles and Jennifer (Chris) Koshak, and one son J. Alexander (Debbie) Rochette. She was predeceased by one son, Jonathan Rochette, one daughter, Joanne Dobensky, two sisters Edna Liedtke, Florence Mosier and three brothers, Ernest Hallbach, Robert Hallbach, and George Hallbach. She is also survived by ten grandchildren, twenty-five great grandchildren, four great-great grandchildren, and her wonderful, loving adopted family Angie, Dom, Angelique, and Erika Lopez all of whom will miss her very much. Relatives and friends are invited to a memorial service celebrating Dorris' life on Saturday, January 5, at 1:00PM at All Saints Episcopal Church, 282 Bound Line Rd., Wolcott. There will be no calling hours. In lieu of flowers, memorial donations can be made to All Saints Episcopal Church, 282 Bound Line Rd., Wolcott, CT 06716 or the charity of one's choice. Beecher & Bennett-Flatow Funeral Home is assisting the family with arrangements. To share a condolence with Dorris' family please visit www.beecherandbennett.com.