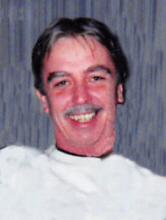 Douglas Adams Bonyai, age 56, of Hamden, passed away on May 19, 2015 after a courageous battle with cancer in the care of and surrounded by his family at his sister's home in Branford. Born in New Haven on September 9, 1958 he was a son of Jane Adams Bonyai of Wallingford and the late Donald Michael Bonyai. Douglas is survived by his longtime companion Lynn Schultz; his sisters, Susan Sobolewski of Branford and Marianne Stevenson & her husband William of Simsbury; his brother Daniel Bonyai & his wife Carol of Branford and several nieces, nephews & cousins. Douglas was predeceased by his brother David D. Bonyai. He was a truck driver for a restaurant supply company and also did electrical work with his brother Dan on the side, something he was quite proud of. He attended Grace Episcopal Church in Hamden and was active in the church as an acolyte & religious educator. Douglas was a former DeMolay member with the Masons, a lifetime member of the Hamden Elks Club # 2224. His family would like to thank the Vitas Hospice Homecare staff for the wonderful care they gave to Doug. Friends are invited to attend his Funeral Service on Saturday, May 23rd at 11 a.m. in Beecher & Bennett Funeral Home, 2300 Whitney Ave., Hamden and may continue to visit with his family at the funeral home until 2:00 PM. Burial in Beaverdale Memorial Park will take place at a later date. Contributions in his memory may be made to Vitas Healthcare, 199 Park Rd., Ext., Suite 102, Middlebury, CT 06762 or to the Hamden Elks Club #2224, 175 School St., Hamden, CT 06518.