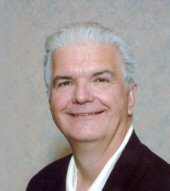 Douglas Earl Roberts, 64, loving husband of 40 years to Carol Moon Roberts of North Haven, passed away May 25, 2012. Doug was born in Chicopee Falls, MA, April 11, 1948 a son of the late Earl H. and Helen Kecmer Roberts. He was a life long resident of North Haven. Formerly of E. H. Roberts Printing Co. of North Haven, Doug was a member of several industrial printing associations including the Printing Industry of Connecticut and the Printing Industry of America. As an active member of the community he served on several boards including the Planning and Zoning Commission of North Haven. He was a volunteer with the North Haven Booster Club and the Connecticut AAU. Doug also enjoyed working in the yard and spending time with his granddaughter. In addition to his wife he is survived by his daughters, Tricia Marie Perrone, and her wife Amanda Perrone of Wallingford, Tracey Ann Roberts of Washington, D.C., his granddaughter Madison Leigh Perrone, his brother David Roberts and his wife Lynn Roberts of North Haven, and his sister Debbie Sindelar, and her husband Paul Sindelar of Florida. Relatives and friends may visit with his family on Tuesday May 29, from 4-7 pm at BEECHER & BENNETT, 2300 WHITNEY AVE., HAMDEN. A service of remembrance will be held at 7 pm. Contributions in his memory may be sent to American Cancer Society Southern New England Region, 38 Richards Ave., Norwalk, CT 06854