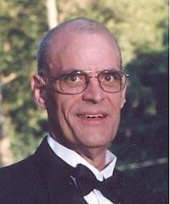 Douglas L. Owen, 63 - best friend and beloved husband of Carlene (Schultz) Owen, died on Monday, November 24, 2014 at St. Francis hospital in Hartford. He was born in Meriden; son of the late Leigh C. and Ruth D. Owen.Doug was retired from the Coca-Cola Company after 37 years. He was an avid sports fan who followed the Yankees, Giants and Oregon Ducks. Locally, he was an original M.A.S.A board member. He also holds a 'Certificate of Upgrade' among an elite group of friends. In addition to Carlene, Doug is survived by their two sons and very special daughters-in-law: Patrick and Maureen Owen, Michael and Sandy Owen all of Meriden as well as 'son #3', Matt Lis of Plainville. He will always be lovingly remembered as 'Pa' by his grandchildren Julia, Alex, and Tyler Owen. Doug also leaves a brother Clark (Joyce) Owen of Danielson, CT and a sister Melissa Owen of Weymouth, MA. Including Anissa and Derrek, he leaves three nieces and nephews and extended family. In lieu of flowers, should friends desire, contributions in his memory can be made to J.D.R.F., (Juvenile Diabetes Research Foundation), 2969 Whitney Ave., Hamden, CT 06518. Funeral services will be private. The Beecher & Bennett-Flatow Funeral Home, 48 Cook Ave.,Meriden has been entrusted with the arrangements.