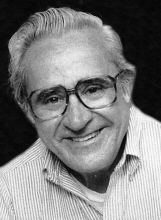 Dr. Paul Salvatore Marra, DDS, age 90, of Guilford, passed away peacefully Saturday, December 17, 2016 at Yale-New Haven Hospital. Born on September 18, 1926 to the late Michele and Filomena Pugliese Marra. Dr. Marra was predeceased by his brother Joseph C. Marra and his sisters, Mary M. Hyde and Antoinette V. Marra. Dr. Marra attended Scranton Street School, Troop Junior High School, and graduated from New Haven High School in 1944. Prior to entering the Army and serving in the Philippines during World War II, Dr. Marra attended Yale University School of Art. After his military service, he attended Providence College, graduating with a BS in pre-dentistry in 1951. Dr. Marra graduated from St. Louis University with a Doctorate of Dental Science degree in 1955 and taught clinical dentistry there for two years. In 1957, Dr. Marra returned to Connecticut and opened his dental practice in Guilford, where he practiced for 38 years, first in the Whitfield Building on the Green and then in his home office at 110 State Street. Dr. Marra was an award-winning watercolorist who presented his works at shows and galleries along the East Coast. He was a lifelong member of the Guilford Art League, serving as its President several times, the Madison Art League, and the Connecticut Watercolor Society. His works are represented in many private and corporate collections. Dr. Marra is survived by his wife of 58 years, JoAnn (Gott), his daughters, Mary (John Dodge) and Jennifer (Steve Heinsius), his granddaughters, Abby Dodge and Alexa and Leah Roberts, and his nieces and nephews, Marra, Michele, Leslie, Grant, and Jamie Hyde. In lieu of flowers, the family requests that donations be made in Dr. Marra's memory to the Paul Marra Memorial Fund benefiting art education at the Guilford Free Library, 67 Park St., Guilford, CT 06437. The family will celebrate Dr. Marra's life at an Open House on Thursday, December 22, 2016 from 4:00 to 7:00 PM at 110 State Street in Guilford. BEECHER & BENNETT FUNERAL HOME, 2300 Whitney Ave., Hamden is in care of arrangements.