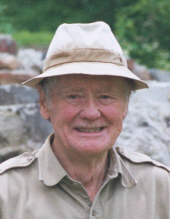 Dr. Robert A. Gregg, a resident of Woodbridge, Connecticut since 1973 has died at the age of 94. Dr. Gregg was born in Dundee, Michigan on March 8, 1918. He received a BA from Adrian College, Adrian, Michigan, and a PhD in chemistry from the University of Michigan. He was a member of Phi Beta Kappa, and was awarded an honoray Doctor of Science. In 1942 he joined the research staff of the United States Rubber Co., later to become Uniroyal. Some of his early work on fundamental polymer chemistry has become standard textbook chemistry. He is credited with inventing chemical processes which made steel-belted radial tires safe. Steel belted radial tires were invented by Firestone, but the claims and judgements against Firestone due to the failure of their tires, sometimes resulting in loss of life, so damaged the company that it was absorbed by a Japanese company in 1988. Uniroyal tires experienced no such difficulties. For this work he was awarded the Maurice Chamberland Award by the New Haven Section of the American Chemical Society, an award made 'for work enhancing societal well being through the application of chemistry'. He invented spandex and also invented a chemical foaming agent now widely used in the making of shock-absorbing foam rubber in a wide variety of products, from running shoes to hammer handles. Since retiring in 1984, as President of the Woodbridge Land Trust he led the towns effort to purchase undeveloped tracts of land, thereby preserving them from development, providing outdoor recreation and preserving the character of the town. And he was active with the American Chestnut Foundation in its effort to restore the chestnut tree to the landscape, through cross-breeding to produce a disease-resistant tree. He served as a Director of the Connecticut Chapter of the Foundation since 2004. One of the parcels preserved by the Land Trust is now the site of an experimental chestnut plantation. Finally, his will endows a Chair in the Chemistry Department at the University of Michigan. Dr. Gregg is survived by his wife Jean Westerman Gregg and their son Timothy of Carmel, NY. He will be interred in Brookside Cemetery, Tecumseh, Michigan at 1:00 PM Wednesday, December 12. Friends are invited to attend his memorial service at First Church of Christ, 5 Meetinghouse Lane, Woodbridge at 11:00 AM Saturday, December 15th. Arrangements are in care of BEECHER & BENNETT FUNERAL HOME, 2300 Whitney Ave, Hamden. Memorial donations may be made to The Woodbridge Land Trust, Inc., P.O. Box 3699, Woodbridge, CT 06525.