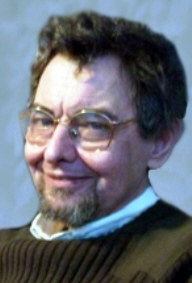 Drew V. McDermott, an emeritus professor of computer science at Yale University, passed away on May 25, 2022. The eldest of 5 children, whose father was an agricultural economist and whose mother was an editor, he flourished in an environment that fostered curiosity and independence. With his parents’ encouragement, he became fascinated with history, philosophy, and science.

After receiving his B.S. and PhD from Massachusetts Institute of Technology, he joined the faculty at Yale in 1976. His work in artificial intelligence, cognitive science, and planning contributed significantly to those fields. He wrote numerous papers, co-authored foundational textbooks, and wrote Mind and Mechanism, which tackled the problem of meaning and consciousness. On his retirement in 2018, his colleagues spoke of how he “clarified the vagaries of planning and reasoning with hard logic, and placed foggy questions of philosophy on crisp computational footings. In the end, by trying to understand how to make machines ‘intelligent,’ [he] helped all of us to better understand our own intelligence.” His creativity, fairness, dry humor, and scrupulous regard for the truth ran through all his work and teaching.

Drew had fun writing witty poetry, bad puns, and fanciful stories. Eventually, he decided to make a serious commitment to writing fiction and joined a writers’ group. There, with the support and honest criticism of the other members, he wrote and honed short stories and began his science fiction novel, which he finished shortly before his death. As one member put it, “He dreamed up entire, complete, worlds with cultures and laws and technology and histories. They were so detailed, so well thought out. And in the middle of all that, he was funny!”

In addition to chess, music, theater, and programming, Drew enjoyed ushering at services at St. Thomas’s Episcopal Church, and visiting his children and family. Serious health problems often interfered with many of his activities but never halted them.

Drew will be deeply missed by his wife, Judy; his children, Kate and Tim; his stepchildren, Rebecca and Michael; his sister, Marcia; his brother, John; his four grandchildren, his sisters-in-law, and his nephews and nieces. He was pre-deceased by his younger brothers, Phil and Jim.