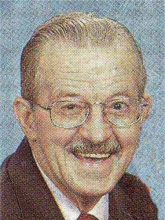 Duane K. Wetmore, age 85, of 921 Shepard Ave., Hamden, passed away on October 11, 2011 at his home, which is the same house where he was born. Duane lived his final days at home surrounded by his family and many friends. He was the husband of Sharyn Hooghkirk Wetmore & widower of Helen Main Wetmore; Father of Duane E. Wetmore of Bridgeport, Patricia (James) Palmer of Windham, Amelia (Robert) Blount of Vero Beach, FL, Virginia Wetmore (Bob) Grad of Merideth, NH, Marshall (Tracy) Wetmore of Moultonborough, NH, Audrey (Kevin) Brooks of Amenia, NY, Sharyl (Joseph) Pavlisko of Meriden & Tammy (Joseph) Vertucci of Wallingford; Grandfather of April Parcesepe, Adam Grandy, Kenneth Metz, Marissa Carlsen, Gregory Kessman, Katherine Kessmen, Taryn Pavlisko, Nicholette, Joey & Mario Vertucci; Great Grandfather of Finn Grandy; Brother of Gladys Brown of Hamden, Laura (Gerald) Wolf of Hamden, Gloria (Michael) Scarpa of Wallingford, Lila (Fred) Stevens of New Orleans, VT, former Captain Co. #7 Erwin 'Jim' (Beverly) Wetmore of Hamden, former Fire Chief Paul (Betty) Wetmore, Sr. of Hamden & the late Muriel & Viola Wetmore & Ellen Krezminski; Born in Hamden, June 26, 1926, he was a son of the late Clement R. & Marion Kirk Wetmore. Duane enlisted into the U.S. Navy in 1944 & his parents were presented with his diploma from Hamden High School in 1945, before he was honorably discharged in 1946. He was the former owner & mechanic of Wetmore's Garage from 1946-1947. An electrician by trade for 52 years, he was the sole proprietor of Duane's Electric Company which he started in 1964 and operated until 2001. Some organizations & positions that Duane has had the privilege of holding include being Past President of the Mix District Civic Assoc, Past President of the Eighth District Republican Club, Past President & Captain of the Mix District Volunteer Fire Company #7, where he has been a 68 year member to date & responded as an active volunteer for 59 years before stepping down from the drivers seat of the fire truck and is presently serving as Secretary, State Forest Fire Warden for Hamden & 4 surrounding towns for nearly 15 years, Grange member for 68 years, Past Master & Treasurer of the Hamden Grange #99, New Haven County Pomona #5 & the Connecticut State Grange in 1990 & served 4 years during which time there were nearly 10, 000 members in the state, presently Chairman of the Board of Directors of the CT State Grange, Co-Founder of the Southern CT Past Master's Association, Town of Hamden Boards & Commissions Retirement Board, Board of Fire Commissioners 1985-87 & reappointed in 2006, past Chairman of the Community Development Advisory Commission, member of the Mt. Carmel Congregational Church for 64 years where he sang in the choir & was made an honorary deacon by the Congregation, Chairman of the Board of Trustees & presently serves as Chairman of the Board of Deacons, past Superintendent of the Sunday School, presently serving on the Financial Advisory Board & acting as a Moderator, served on the search committee that was responsible for the present pastor, Douglas House being brought to the church & a member of the Hamden Volunteer Firefighters Fireworks Committee, serving as Chairman from 2000-2006. Duane's Funeral Service will be held on Saturday, Oct. 15, 2011 at 9:00 AM in Mt. Carmel Congregational Church. Friends may also visit with his family at BEECHER & BENNETT FUNERAL HOME, 2300 Whitney Ave, Hamden on Friday from 4-8 PM. Burial with full military honors will take place in Beaverdale Memorial Park. Contributions in Duane's memory may be made to Vitas Innovative Hospice Care, 1579 Straits Turnpike, Unit C, Middlebury, CT 06762 or to Mt Carmel Congregational Church, 3284 Whitney Ave, Hamden, CT 06518.