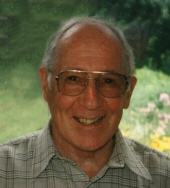 Duncan A. Creaser, 90, of Orange, passed away at his home on February 12, 2015 surrounded by his family. Born in Riverport, Nova Scotia on August 28, 1924 to the late John and Florence Patterson Creaser. He was predeceased by his wife Florence Brockett Creaser. Duncan is survived by his sons, David Creaser of Orange & Duncan (Patricia) Creaser, Jr. of Sunderland, MA; grandchildren, Justin (Chrissy) Creaser of Walpole, MA & Joshua Creaser of Alameda, CA ; brother, William (Gwen) Creaser of Madison ; great-grandson, Will Creaser and several nieces and nephews. Predeceased by brothers Dan Patterson, James Creaser, Neil Creaser and sisters Hazel Kaiser, Jessie Stefanov and Anne Harpell. Duncan has been an Orange resident for 59 years and proudly served during WWII as a U.S. Marine. As a financial analyst he worked at Yale University for 24 years until his retirement at the age of 75. He was a longtime member of the First Baptist Church of West Haven and was a member of the City of the Elms Barbershop Chorus of New Haven for 60 years. Friends are invited to visit with his family on Wednesday, February 18th from 4:00 to 7:00 PM at BEECHER & BENNETT- TAYLOR FUNERAL HOME, 410 Campbell Ave, West Haven. Funeral Service on Thursday morning at 10:00 AM at the funeral home followed by a burial in Evergreen Cemetery. Contributions in Duncan's memory may be sent to The Fund for Yale-New Haven Hospital, c/o Office of Development, PO Box 1849, New Haven, CT 06508, or made online at www.givetoynhh.org/the-fund-for-yale-new-haven. He was so grateful for the wonderful care he and his wife received over the years from the Yale Health Plan and Yale-New Haven Hospital.