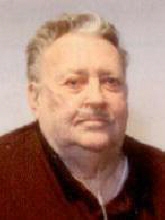 Edward C. Shultz, 83, loving husband of 59 years to Patricia Branagan Shultz passed away December 15, 2015 in Yale New Haven Hospital. He was born in New Haven August 28, 1932 son of the late Charles and Mabel Ford Shultz, graduated from Hillhouse H.S. in 1950 and attended New Haven College and Springfield College. He enlisted in the U.S. Marine Corps and served in Korea, where he ascended to the rank of 1st Lieutenant. Edward was employed at Federal Paperboard Co. for many years and later worked at Simkins Industries Inc. before retirement in 1998. Ed was President of the Greater New Haven Korean War Veteran's Assoc., a member of the Hamden Veteran's Commission, American Legion Post # 88 and a former member of VFW Post #2090 of East Haven. He was also very active in the Hamden Father's Basketball Assoc. where he had been president and he established the 15, 16, & 17 year old league which is named the 'Dutch Shultz League'. Ed was a coach in the Hamden Father's Baseball League, organizer and first president of the Hamden High School Parent Track Club, a member and spotter with the Hamden High School Gridiron Club. He enjoyed golf and was proud of his 'hole in one', and also was a lifelong Brooklyn Dodgers, and a UCONN women's and men's Basketball fan. In addition to his wife Patricia, he is survived by his children and spouses, Kirk 'Ellen' Shultz of Beacon Falls, Richard Shultz, Carrie 'Russell' Velardi, Craig 'Joanne' Shultz, all of Hamden, Scott 'Anne' Shultz of Manhattan, NY and Bruce 'Wendy' Shultz of Raynesford, MT. He is also survived by 14 grandchildren and 2 great grandchildren and a sister in law Susan Branagan of Bridgewater. Friends may visit with his family on Saturday December 19 from 3-6 pm at BEECHER & BENNETT 2300 WHITNEY AVE. HAMDEN, and are invited to attend his funeral service on Sunday Dec. 20 at 1:30 pm in the Cheshire United Methodist Church, 205 Academy Rd. Cheshire, followed by Military Honors. Memorial contributions in his name may be sent to Friends of Fisher House CT, P.O. Box 575, c/o The Creed Law Firm, Bristol, CT 06010, www.fisherhousect.org.