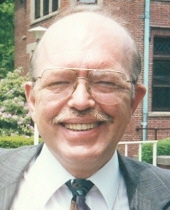 Edward Crandall Johnson III, 68, formerly of Hamden, passed away September 21, 2011 at his home in Naugatuck. Born in New Haven on June 18, 1943, he was the son of the late Edward Crandall Johnson, Jr. and Jeaniegray (Mague) Schiebel. Ed is survived by his beloved daughter, Denise Ann Johnson, of Santa Monica, CA, and brothers David G. Johnson and Geoffrey S. Johnson, both of Hamden. He is also survived by his former wife, Doreen Finsinger, and many nieces and nephews. Ed recently retired after a 42-year career with the Kirby Co. A memorial service will be held Thursday, October 13 at 11 a.m. at Church of the Redeemer, 185 Cold Spring Street, New Haven.