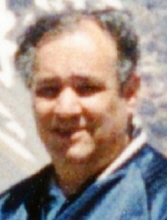 Edward Charles Doiron was born in Brooklyn, New York to the late Edward J. and Elizabeth M. Rauscher Doiron. On October 4, 2017, Ed passed to a better place after a long and valiant struggle with Parkinson’s disease. A U.S. Air Force veteran, Ed was a 29-year career firefighter with the Hamden Fire Department. After retiring in 1993, Ed and his wife Peggy moved to southwestern Missouri, where they enjoyed many years of peaceful country living with their four-legged friends. While residing there, Ed became a valued member of the Mansfield Fire Department. Returning to Hamden in 2007, Ed was elected to Lifetime membership in Hamden’s Mt. Carmel Volunteer Fire Company, where he began his fire service career in 1961, and was a founding member of the Hamden Fire Retirees Association. A pilot, avid photographer and world traveler, Ed had visited Russia and most of Europe. He was also an amateur genealogist, and a member of the Connecticut Society of Genealogists and Haabet Lodge 32 of the Danish Brotherhood in America. Ed leaves many family members and friends to cherish his memory. He is survived by his wife, Peggy; his children, Cathy (Mark) Gagne of New Hampshire, Judy (Mark) Burke of Derby, Edward Doiron Jr. of Gainesville, Missouri, John Doiron of Florida, Barbara (Andrew) Miller of Massachusetts, and step-daughter Doreen (Tony) DiCrosta of Hamden; his grandchildren, Bryan Gagne of New Hampshire, Katie Miller of Massachusetts, and Eric, Krissy and Allie DiCrosta of Hamden; also his former wife, Patricia Doiron of Westbrook, best friends David and Barbara Johnson of Hamden, his godson Matthew (Deanna) Johnson of North Haven, and his four-legged buddies Sunny and Abbey. In addition to his parents, Ed was predeceased by his sister-in-law, Karen Smith; his very special cousin, Barbara Larsen; and his beloved collies, Lexie and Thor. Friends are invited to visit with Ed’s family at BEECHER & BENNETT FUNERAL HOME, 2300 Whitney Avenue, Hamden on Thursday, October 12 from 4 until 7 p.m. A Memorial Service will be held at the funeral home on Friday morning at 10. Ed’s family requests that, in lieu of flowers, memorial contributions be sent to the Humane Society of the United States (humanesociety.org).