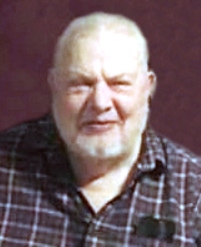 Edward F. Talbot, age 92, of Hamden, passed away at his home on April 22, 2022. Born in Medford, Massachusetts on September 15, 1929, he was a son of the late John and Katherine (Kutt) Talbot. Edward was predeceased by his wife Ann (Webster) Talbot and his sister Marjorie Welch. He is survived by his daughters, Susan Blum & her husband Ray of Prospect and Jane Talbot & her wife Jean Miccio of St. Petersburg, FL; his sons, Steven Talbot & his wife Diane of Ansonia and John Talbot of Harwinton; his brother John Talbot of Maine; his sister Joanne Lumino of Massachusetts; 8 grandchildren and 1 great-granddaughter. Edward was a resident of Hamden for over 60 years. He was a retired mechanical engineer employed by the Entoleter Corporation. Edward was an avid chess player; he also enjoyed fishing and spending time with his family.
Mr. Talbot’s Funeral Service will be private.