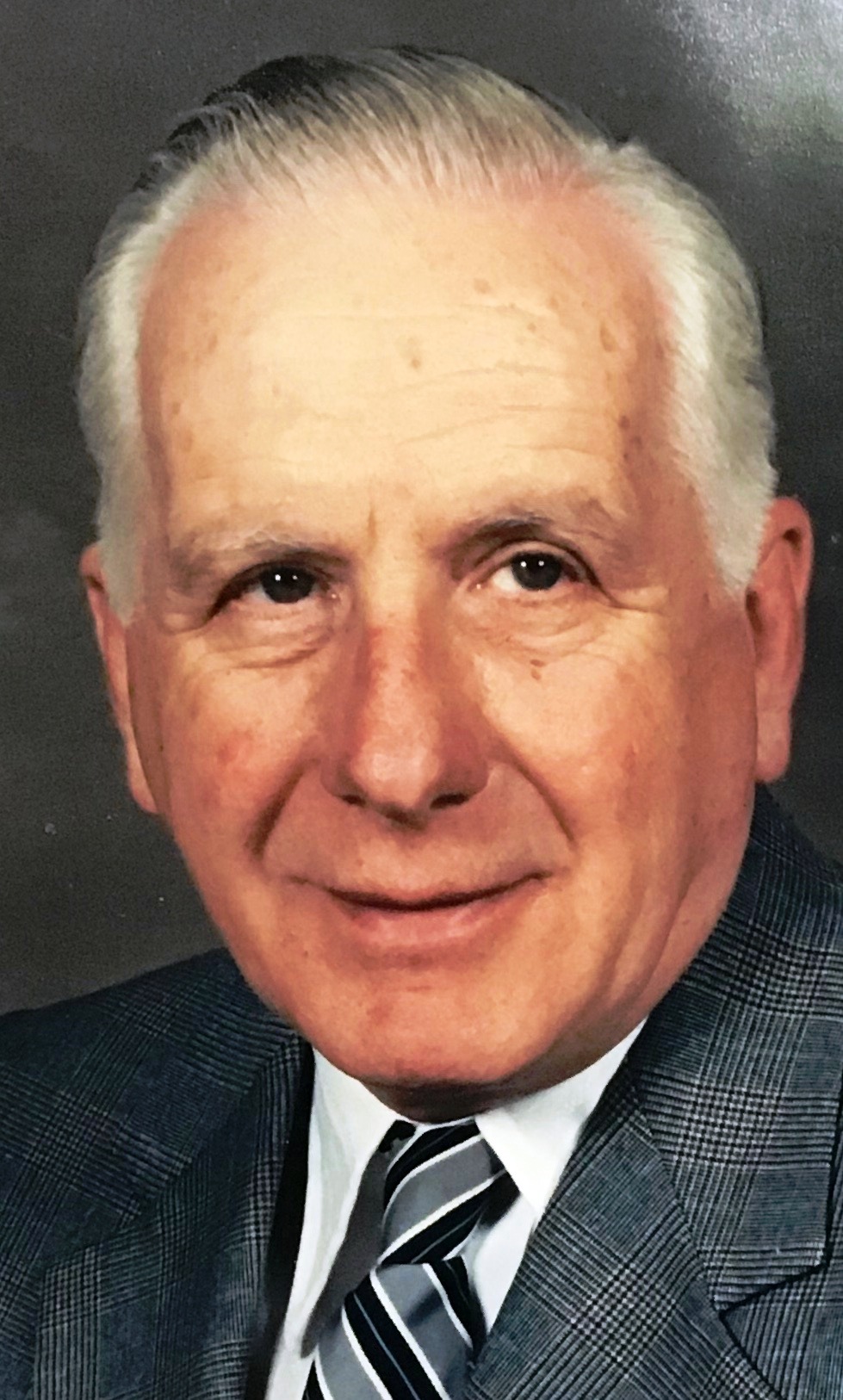 Edward G. Schleicher, 96, of Meriden passed away peacefully on Sunday, May 24th, 2020. Husband of 70 years to the late Ruth O. Schleicher, Ed was born in West Haven on June 26th, 1923 to the late Austin and Cornelia Schleicher. He will be remembered by his son Ken (Susan) Schleicher of Exeter, NH; his daughters, Holly (Mark) Dailey of Harwinton, and Fawn (Fred) Garbonola of East Haddam; his grandsons, Kenny and Eric Schleicher and Josh and Chris Dailey; and his great-grandson, Masen Dailey. Ed was predeceased by his sisters, Ethel Devlin and Doris Bareska.
Ed served in WWII as a Navy radioman on the USS Charleston in Alaska and the South Pacific. After the war, Ed received his Accounting Degree from Stone College in New Haven and then managed the Accounting Department at Marlin Firearms for over 30 years. Ed was a parishioner of Immanuel Lutheran Church for many years and served as both a deacon and on the church council. An avid walker, Ed would walk to church on many Sundays and was always up around Hubbard Park. He was a member of the Turner Club, an avid reader, a history buff and a huge baseball fan; but the center of his life was always his wife Ruth, his family and his close friends. His family would like to thank Chestelm Health and Rehabilitation Center for their compassionate care of Ed.
Due to the current health situation, services will be private. In honor of Ed, contributions may be made to Immanuel Lutheran Church, 164 Hanover St., Meriden, CT 06451 or to Samaritan’s Purse, P.O. Box 3000, Boone, NC 28607.