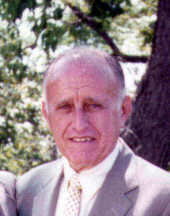 Edward Gordon McHugh, Jr. age 85 of Whitneywood, 1161 Whitney Ave, Hamden, passed away on Thursday, January 28, 2010. Born in New Haven, he served for four years in the US Navy during WWII. Upon discharge, he joined the United Advertising Co, then transferred to its sister company, UMC Electronics, where he was employed for 40 years, retiring as Sr. Vice President. The company's main product was the manufacturing of aircraft test-stand equipment. At one time, the company was the leader in the field. Mr. McHugh loved the outdoor life. At one time he owned German shepherds which he showed frequently. His champion male dog, Lance, a German import, was also shown at the Westminster Show in NYC where only champions can qualify. He was also an ardent fan of the sport of pigeon raising and racing and had won many trophies. He was a member of several bird and shepherd clubs and also a member of several professional associations, including the Swampscott Club. He had been an association director and officer for twenty years at Whitneywood, where he and his wife resided for 24 years. He is survived by his loving wife, Gloria Regionale; his beloved son and daughter-in-law, Marc Gordon (Margaret Wiggins) of Swampscott, MA; and his adored granddaughter, Kellie Anne of Swampscott. He also leaves his brother, Robert of Hamden, and a sister Joan Conway of Florida. There will be no calling hours. A Memorial Mass will be celebrated at a later date. Private interment and final rites will be handled by BEECHER & BENNETT, 2300 Whitney Ave, Hamden and will be held at the convenience of the family. Memorial contributions may be made to St. Raphael Foundation, 1450 Chapel St., New Haven, CT 06511 or CT Hospice, 100 Double Beach Rd., Branford, CT 06405. The McHugh family would like to extend a very special recognition to Dr. Joseph Cardinale, to his superb staff, to the doctors and nurses at the St. Raphael's ICU, and to the wonderful caretakers at CT Hospice, all of whom performed beyond the call of duty and gave Mr. McHugh such loving care. Where are the 'Nobel Prizes' for these very special angels of mercy??