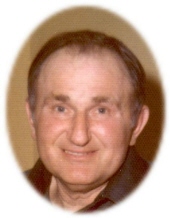 Edward Hayduk, 84, of Hamden, formerly of Cape Cod, MA and Bridgeport, CT died Thursday, August 16, 2007 in CT Hospice, Branford. Born October 13, 1922 in Bridgeport, CT, he was the son of the late Andrew and Mary Hayduk. He was the loving husband of the late Margaret D. Herman for 58 years, father of Robert E. Hayduk of Sacramento, CA, Patricia L. McCormack of Wallingford and Richard A. Hayduk of Scottsdale, AZ. Mr. Hayduk was a graduate of Central High School in Bridgeport, CT. He served in the US Army during WW II and saw duty in the Rhineland and Central Europe. He worked for Brock Hall Dairy for more than 25 years and retired to Brewster, MA on Cape Cod. Edward was an avid golfer and loved the ocean and casual lifestyle on the Cape. Besides his 3 children, Edward is survived by 6 grandchildren and 4 great-grandchildren. He was a devoted husband, father, and grandfather and will be fondly missed. Arrangements under the direction of BEECHER & BENNETT, 2300 Whitney Ave., Hamden. A memorial service will be held Tuesday, August 21, 2007 at 11 am at Grace & St. Peter Episcopal Church, 2925 Dixwell Ave., Hamden. Memorial Contributions in Edward's memory may be made to CT Hospice, 100 Double Beach Rd., Branford, CT 06405.