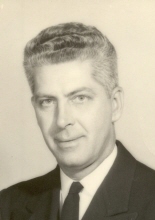 McLean, Edward L. Sr. Edward Lyman McLean, Sr. age 87, of Twins Court, Norwich, formerly of Hamden, passed away July 5, 2009 at Backus Hospital. Edward is the husband of Shirley DeMusey McLean; father of Edward L. McLean, Jr. & his wife Roxanne of San Bernardino, CA, Christine Gaetano of Bethpage, TN, Joan Sadler of England and Heidi Sullivan & her husband Timothy of Clayton. NC; brother of Charlotte Peet of Hamden and the late Allan, Charles, George and Ralph McLean. Edward also is survived by 4 grandchildren and 2 great grandsons. Born on June 20, 1922 in Portland, ME, he was a son of the late Charles and Florence Andrews McLean. He served in the US Navy for 23 years, during WWII, Korean Conflict and Vietnam, retiring as a Master Chief. He then worked in Washington for the US Navy in the Accounting and Finance Dept. Edward also was a 32degree Mason, a member for over 53 years. . Funeral service will be held Friday, July 10, 2009 at BEECHER & BENNETT, 2300 Whitney Ave., Hamden at 11:00 a.m. Friends may call at the funeral home Friday from 10:00 to 11:00 a.m. Interment with military honors will follow in Hamden Plains Cemetery. Contributions in his memory may be made to Hospice of Southeastern Connecticut, 227 Dunham St., Norwich, CT 06360.