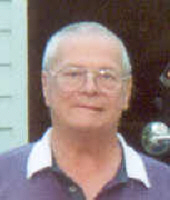 Edward P. Miller, Jr., 80, loving husband of 60 years to Winifred Fowler Miller of David Drive passed away Oct. 25, 2010 after a brief illness. Father of Diane E. 'Harvey' Burgess of Fairbanks, Alaska and Edward P. 'Sandra' Miller, III of Northford and brother of William J. Miller of North Branford. He is also survived by 5 grandchildren, 3 step grandchildren, and 2 great grandchildren. He was predeceased by a sister Elise Harrison. Mr. Miller was born in New Haven July 18, 1930, a son of the late Edward P. and Nita Hoyting Miller, Sr. and had resided in Wallingford since 1957. He was employed at the Second National Bank, New Haven for 35 years, retiring as Assistant Vice President. He then was superintendent of the Fair Haven Union Cemetery for 30 years. He was a 50 year member of Hiram Lodge # 1 A.F. & A. M. and was very active with the Order of the Eastern Star, Alice Chapter OES # 76, Golden Rod Chapter OES #34 and Georgia Chapter OES #44. He served as chairman of the Eastern Star Charity Foundation for many years. Ed was an active member of the Model A Restorers Club of CT- CMARC, the Crankin Yanks, and the Model A Restorers Club of America. Friends may visit with his family on Friday from 4-8 p.m. at BEECHER & BENNETT, 2300 WHITNEY AVE., HAMDEN. Masonic Service and Eastern Star will commence at 7 p.m. Funeral Service will be Saturday morning at 10 a.m. in the funeral home. Interment in Evergreen Cemetery. Contributions in his memory may be sent to the Juvenile Diabetes Assoc., 2969 Whitney Avenue # 1, Hamden, CT 06518-2556.