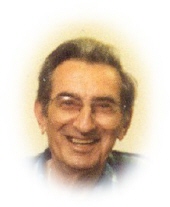 Hamden- Edward Thomas George, Ph. D, 81, of Edgemere Rd., loving husband of Madelyn Shia George for 52 years, passed away March 16, 2007 after a brief illness. He was born in North Adams, MA, December 27, 1925, son of the late Elias and Sarah Joseph George and was a Hamden resident since 1961. Dr. George was a graduate of Worcester Polytechnic Institute, where he received his Bachelor's and Master's degrees in Chemical Engineering. He was awarded a Doctorate in Chemical Engineering from Yale University in 1955. While at WPI he was a member of Theta Kappa Phi and Pi Delta Epsilon fraternities and was listed in "Who's Who Among Students in American Colleges and Universities." At Yale he was a member of Alpha Chi Sigma and the national scientific honorary society Sigma Xi. He also was an accomplished trumpet player, and in college formed his own dance band "The Eddie George Band". His illustrious career spanned 5 decades and included employment at B.F. Goodrich in Avon Lake, OH, Scientific Design in NY, NY, Quantum in Wallingford, CT, Founder and President of Connecticut Scientific Center, in New Haven, CT, and tenured Professor and Director of the Computer Science Department at the University of New Haven, and later retired as Professor Emeritus. He was a communicant of St. Rita Church and served as Lector and Cantor, and loved singing in the Choir. He was a Parish Council President and served as President of the St. Rita Home School Assoc. Dr. George was also a member of SPEBSQA for many years, and enjoyed singing in a Barbershop Quartet. For the past 20 years, he was Secretary of the New Haven Kiwanis Club. He truly loved his family and enjoyed Sunday family gatherings. His favorite pastime was doing the daily crossword, and he was an avid Red Sox fan. In addition to his wife Madelyn, he is survived by four sons and their spouses; Thomas George and Christine, Stephen George, Gary George and Susan, all of Hamden, Christopher George and Marci of Sunnyside, NY, and 6 grandchildren; Kurt, Scott and Dana George, Paul and Erik George and Anthony Teague. He was predeceased by four sisters; Amy Ferris, Bessie Pularo, Mary Nassif and Freeda Simon, and three brothers; George George, Alfred George and E. George. Funeral Servcies at BEECHER & BENNETT, 2300 WHITNEY AVE., HAMDEN, Monday, March 19, at 9:30 a.m. Mass of Christian Burial will be celebrated at St. Rita Church at 10 a.m. Friends may call Sunday from 4-8 p.m. Interment in All Saints Cemetery. Memorial contributions may be sent to St. Rita School, 1601 Whitney Ave., Hamden, CT 06517.