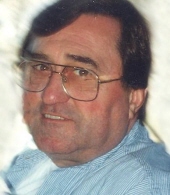 Edward William Wilson, 69, husband of Charla (Miller) Wilson passed away unexpectedly on Tuesday, July 2, 2014. He was born August 10, 1944 in Spokane, WA a son of the late Edward M. Wilson and Mable Grace Connerly Nystrom. Ed proudly served his country in the U.S. Army, 101st Army Airborne, retired from Nutmeg Chrome Co. but decided to continue there part-time. He was so full of life, had an infectious laugh, people and animals loved to be around him. If he wasn't with his family he could be found at his favorite club; 'Stop & Shop'. Ed was an amazing husband, father and grandfather who will be deeply missed. In addition to his wife Charla of 51years, he is survived by his children; Martin Wilson of Meriden, Michael (Joann) Wilson of Cheshire, Jeffrey Wilson of Old Lyme, and Allison Wilson of Meriden, ten grandchildren; Jeramie Wilson, David Wilson, Randi Wilson, Michael Wilson Jr., Alex Wilson, Ricky Wilson, Jessica Wilson, Madison Wilson, Jeffrey Wilson and Gabriel Handley and one great-granddaughter, Emma Rioux. He also leaves two sisters; Ellen Martin of Washington, Debbie Daniels of Montana, a brother, Tim Daniels of Washington, and several nieces. Ed is predeceased by a grandson, Martin Wilson Jr.. A funeral service will be held on Monday, July 7, 2014 at 10am at New Life Church, 350 High Hill Rd., Wallingford. Everyone is asked to meet directly at the church. Burial will be at the convenience of the family. Relatives and friends may call at the Beecher & Bennett-Flatow Funeral Home, 48 Cook Ave.. Meriden on Sunday, July 6 from 5-8pm. In lieu of flowers donations may be made to New Life Church or Protectors of Animals Inc.,144 Main St. Unit O, East Hartford,CT 06118 (www.poainc.org).