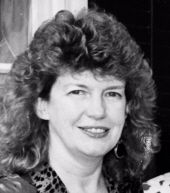 Elaine Henrici (McKay) died peacefully on Wednesday January 24 at her home in San Pablo Etla, a suburb of Oaxaca, Mexico, after a brief illness. She was 74. Born in Philadelphia on May 12, 1943, Elaine grew up in Hamden, CT. She graduated from Hamden High School in 1961, where she was Salutatorian, and received her BA from Middlebury College in 1965. She is survived by her children, Hanako Iwahashi (Roland) and Zuishu Hanafusa, and grandchildren Tim Iwahashi and Heather Hanafusa, of Fort Lee, NJ, and New York, NY, respectively. She also leaves behind three brothers, Craig (Lauren) of Hamden, Ken (Meryl) of North Haven, and Paul (Carol) of Lakeville, CT, and a sister, Phyllis, of Los Angeles, as well as several nieces and nephews. Her brother Jack predeceased her, as did her parents. Elaine taught at Professional Children’s School in Manhattan in the 1970s under her then-married name of McKay and continued to use that surname throughout her lifetime. Prior to that, she spent a year in Tokyo, Japan, teaching ESL. She lived in New York City for many years and owned a home upstate in Bearsville, NY, where she spent many happy days and became an amateur photographer and a birdwatcher. She owned and ran the Free Being Records store near St. Mark’s Place in 1978 and then used her retail expertise and brilliant aesthetic sense to launch Five Eggs: All Things Japanese in SoHo in 1979. She ran this successful business for fifteen years before moving it and herself to Santa Fe, New Mexico. She closed the store and retired to Mexico in 2008, where she proceeded to make friends with many ex-pats and others. Elaine loved her views of the mountains, her many flowering plants, and all animals including her dogs and cat. She enjoyed cooking and entertaining, sharing generously throughout her lifetime, and was beloved by all. In lieu of flowers, donations may be made to the Pancreatic Cancer Action Network at www.pancan.org.