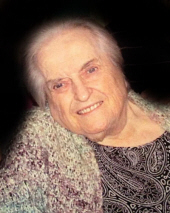 Eleanor C. Granberg Mix, age 89, of Shelton, formerly of West Haven, passed away on July 11, 2015. Eleanor was born August 4, 1925 in Elizabeth, New Jersey, a daughter of the late Gustave & Martha Bachman Granberg. She was the widow of Robert C. Mix; mother of Dianne Sudimick & her husband Gerald of Clermont, FL, Judith Thompson & her husband William of West Hartford, CT, and Aprille Laccone & her husband Tom of Dunnellon, FL; sister of Ethel Jones of Morgantown, WV, Lillian DeGennaro of Westbrook, CT, Anita Diefendorf of Pawlet, VT, and the late Marie Falcone, Lt. Col. Martin Granberg, & Kenneth Granberg. Eleanor is also survived by 6 grandchildren and 8 great-grandchildren. A resident of West Haven most of her life, she was a retired Department Manager for the former Edward Malley Store in New Haven. Eleanor was also a longtime NY Yankees baseball fan. Friends may visit with her family at Beecher & Bennett - Taylor Funeral Home, 410 Campbell Ave, West Haven on Wednesday from 5:00 to 7:00 PM prior to her Funeral Service to begin at 7:00 PM. Her interment will take place in Arlington National Cemetery at a later date. In lieu of flowers contributions in her memory may be may to a charity of one's choice.