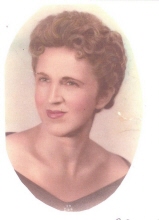 Eleanor G. Weitzel, 95, formerly of Converse Ave., Meriden and Westbrook, Ct and wife of the late Walter Weitzel passed away on Thursday, July 18, 2013 at Masonic Healthcare Center. She was born August 1, 1917 in Meriden a daughter of the late Elizabeth Farrar and had worked at the former Home Club before retiring. Eleanor is survived by a daughter, Beverly Damen and her husband Thomas Casey of Wallingford, two grandchildren; Darcy (Danny) Grimes of Meriden and Scott Walter (Debbie) Czarnota of Westbrook and two great-grandchidlren, Nicole and Toni Czarnota. She was predeceased by a daughter Sandra J. Fest, a brother, Louis Ferrar and a sister, Mary Roden. The family would like to thank all the doctors, nurses and staff at Masonic Healthcare Center for the wonderful care they took of Eleanor for the past four years. Funeral services will be private at the convenience of the family. The Beecher & Bennett-Flatow Funeral Home, 48 Cook Ave., Meriden has been entrusted with the arrangements.